Here is a bale of the timber flooring that went to Newbay House outside Wexford which has recently being revamped and reopened as a country hotel.

This Redwood is from reclaimed beams not as old as most of the reclaimed timber we handle but easily identified as being from the Baltic region as there was still evidence of stamps from the St Petersburgh mills on some of the timber.  Some of the boards are Douglas Fir but collectively we refer to the bale as Baltic Redwood.
Being from the Baltics means this timber is stronger due its slower growth in a colder climate.

This flooring will add great character to a restoration project. The plan with this floor in Newbay was to stain it so we will update with some photos of the finished floors at a later stage.
The boards were mostly 12ft in length and finished with a square edge i.e. no bevel and tongue and grooved on four sides. 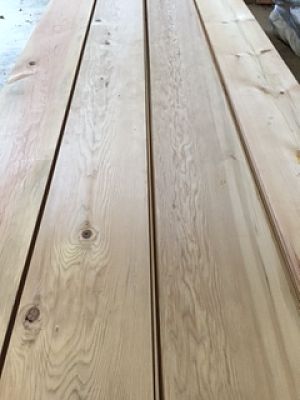 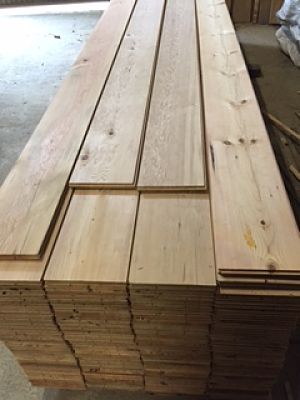 Posted in Reclaimed Timber Flooring | Tagged Baltic Redwood
We use cookies to ensure that we give you the best experience on our website. If you continue to use this site we will assume that you are happy with it.Ok